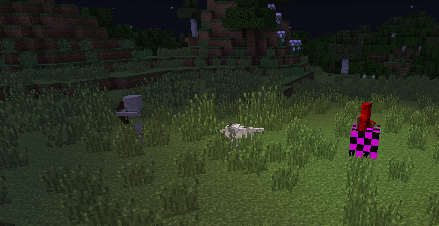 Once again, the majority of the time between this and the last snapshot has been spent on Plugin API related tasks (most notably inventory rewrite, block model format and block state concepting), and as such, this is mostly a bugfix & mapmaker snapshot. Don’t worry, we have some cool survival plans soon!

This snapshot also has the (hopefully-)final step towards supporting name changes in Minecraft. All server files that are intended to refer to players will be automatically changed to go by UUIDs, and you do not need to do anything. However, this does mean that any third party tool will not work on these files, and will need to be updated to work with them.

Though names changes are technically supported in this snapshot, they will not be available until after 1.8 releases when we will be confident that the majority of active servers have updated to support UUIDs. Mojang will release a Minecraft 1.7.6 version soon, to backport these UUID changes for normal servers.

Please report any and all bugs you find in Minecraft to bugs.mojang.com. If nobody reports a bug, Mojang can’t fix it!

To get snapshots, open your launcher and press the “New Profile” button. Call it “snapshots” and check the box saying “Enable experimental development snapshots” and save. To switch to the normal version, you can select it in the dropdown at the bottom left corner of the launcher. Back up your world first or run the game on in a different folder (See the “new profile” dialog).
Snapshots can corrupt your world, please backup and/or run them in a different folder from your main worlds.