Uploading texture packs to the Curse Client hasn't always been the easiest process, and we have listened to your feedback! Now, uploading your texture pack - regardless of version or size - is super easy. How do you do it? 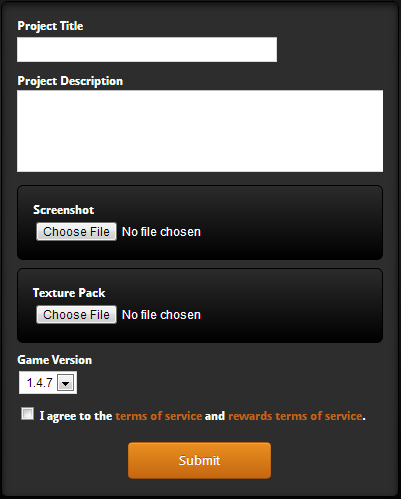 Yep, that's it. This is the only screen you will ever see to upload!

Earlier today, we mentioned that we are now running a Rewards Program for content-makers, which now includes texture pack artists! Get 1,000 or more downloads on your texture pack, and you can start cashing in (literally), or get yourself some Amazon gift cards as fast as you can click a button. Finally, some cash for your hard work!

Keep an eye out for additional supported content in the near future. We don't want to blow the surprise just yet, but suffice it to say that many more types of custom user content will be supported in the near future!
Posts Quoted:
Reply
Clear All Quotes