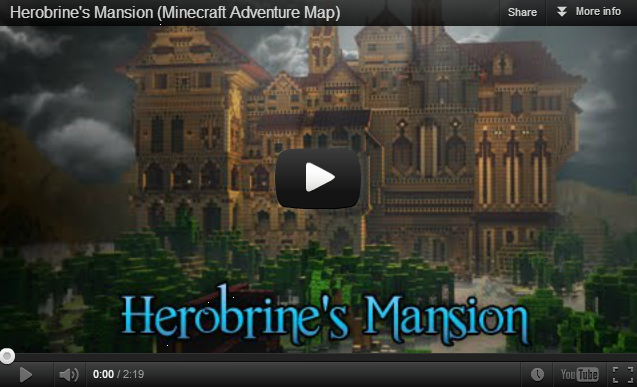 Halloween has come and gone, but that doesn't mean the scary fun has to end just yet! Still craving some spooky action? If so, well known map maker Hypixel has you covered, with this intense adventure map, Herobrine's Mansion!

It's even Dinnerbone approved!

You can download the mod to run the map...nowhere! There is no mod, just the map! That's right, it is 100% playable without any mods at all! Of course, you still need the map, which can be downloaded below. Enjoy!