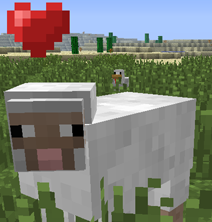 Don't want to wait for 1.4 any longer? The official update isn't out yet, but you can try out the 1.4 pre-release, right now! It includes all the features from previous Snapshots, plus a few minor tweaks of it's own, so grab it now, and give it a go!

What has your experiences with the 1.4 pre-release been? Tell us about it here!