Minecon 2012 tickets went on sale recently, but quickly became unavailable. Some estimates suggest that the available tickets were sold out within two hours of going live. So, what are the rest of us interested in going to Minecon left to do? Tobias Mollstam to the rescue!

That's right, on Tuesday, September 18th at 5:00 pm (17:00) CEST, a NEW batch of Minecon 2012 tickets will be available for purchase! It's not too late to secure your place at Minecon 2012 this year, so be sure to buy your tickets once they become available - they won't last long!

Minecon 2012 will be taking place from November 24th through November 25th, 2012, in beautiful Paris, France. Every attendee will get a chance to mingle with other Minecrafters, see notable personalities from the Minecraft community - including modders, YouTube video and series makers, and many more - and the ever-awesome Mojang team! Are you ready to hang out at the most awesome Minecraft convention yet? If so, click the banner above (or this link), get your tickets - we'll see you there! 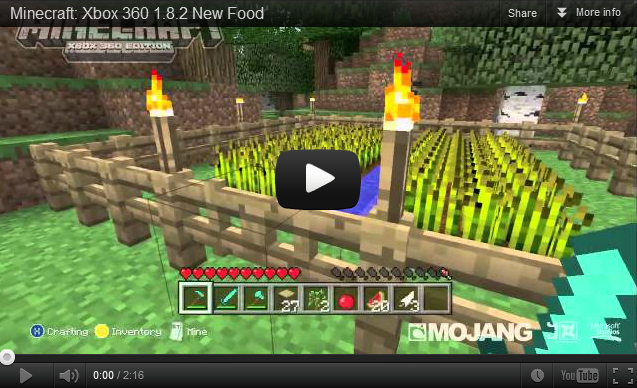 4J Studios gives us a look at another awesome feature in the 1.8.2 update for MCX360 (coming soon): more food types! It won't be quite as dangerous to go Endermen hunting with your trusty steak in hand - check it out! 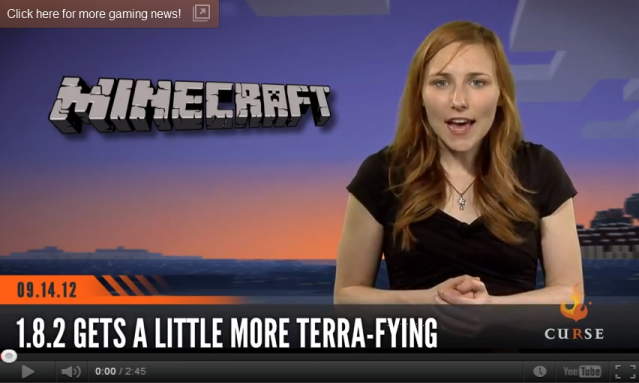 Pico brings us our weekly gaming news! Endermen and Blue Cave Spiders come to XBox 360, the November 18th launch of the WiiU, Guild Wars 2 for hitting the mark of 2 million copies sold, Steam Greenlight games of note, Terraria comes to XBLA and PSN, and the arrival of the NVIDIA Geforce GTX 660 and 650 - take a look!
Posts Quoted:
Reply
Clear All Quotes