Are you a texture pack maker, and want to reach a larger audience with better organization? Want to get free stuff for trying out a new system? We've got something that might interest you - Curse Client beta will support any texture packs that do not require patching (such as MCPatcher) for one-click installation. All you have to do is upload their texture pack to dev.bukkit.org, and it will appear in our test Client! 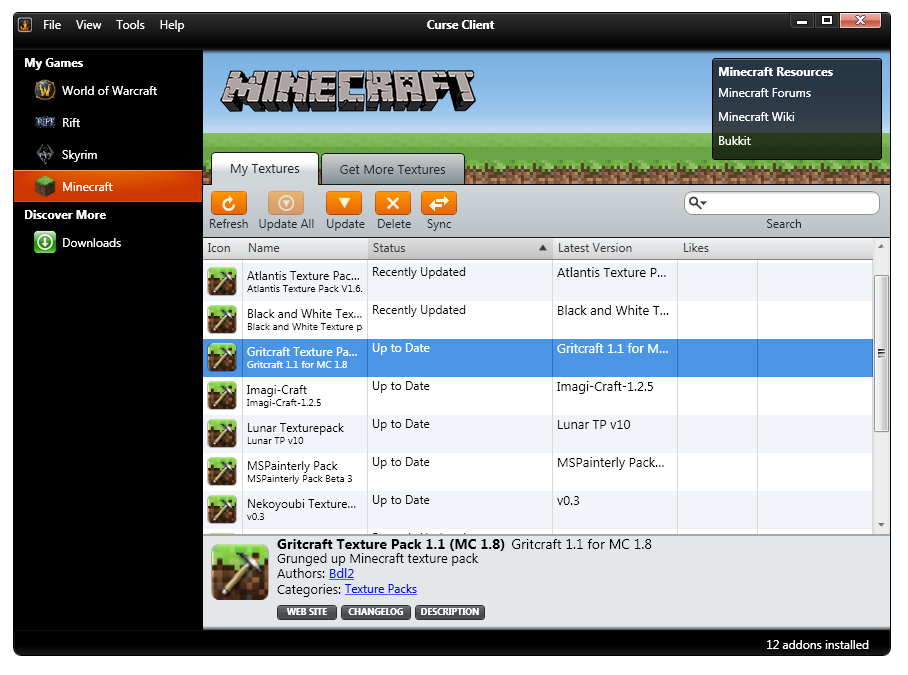 Click the image above (or this link) for details, FAQ and more!

Not only do we allow donation links on Curse.com (with integrated Paypal support for an ad and virus-free download page - no more sketchy looking links!), any user who submits a texture pack that receives at least 1,000 downloads will also receive a free Premium subscription: no ads, and a custom title on MCF! This also means you've got priority for our sweepstakes and giveaways.

We would appreciate your uploading of any and all texture packs to Bukkit that do not require any sort of patching in this test period. It helps both you and your users! Patched texture packs may see support in the near future as we iron out the system, so keep an eye out for it!

You can download the test client to see how the system works as a downloader by clicking here. Check it out!

Find a bug, or want to report a problem? Email any errors, glitches or bugs you might encounter to [email protected], so we can fix them up fast! Keep in mind, this is currently in the testing phase, and is not the final system. Participation means we can make it better, faster, stronger - and host more awesome textures! For anyone using the live Curse Client, you may not see this system in place for a few weeks - once testing and the refinement process is complete, it will go live to every client.


This week, David & Toby talk about the recent Snapshots (so many goodies and bugfixes!),
Posts Quoted:
Reply
Clear All Quotes