It seems that Minecraft will not be coming to Playstation after all. In a business meeting including Daniel Kaplan, it was confirmed that there were "no plans" to bring the indie title to PS Vita (Sony's handheld equivalent to the Nintendo DS), despite overwhelming success on the Sony handheld, Xperia.
Minecraft - Pocket Edition launched on Xperia Play last summer and quickly became the Android Market's most worldwide-downloaded app. Approximately 8500 people have played the game on the device since its unveiling. The recent Survival Mode update to the game makes Pocket Edition more of an action-oriented experience, with health bars, weapons and animals included, as well as the addition of more blocks from the PC version of the game.

The XBLA version of the game is still expected to hit consoles in March 2012.

Want to Code "Catacomb Snatch" Yourself?

With Mojam all wrapped up, Mojang's new title "Catacomb Snatch" is, technically, complete! However, Jeb has decided to encourage budding programmers by giving tips on how to use the open-source code of the game. He goes over his own history of getting into game development, as well as offering some helpful instructions to prospective game designers who might decide to take on the task of working on "Catacomb Snatch" further. He also offered sources for the development tools needed to code a Java game (using his examples), as well as positing a number of tasks and challenges for anyone brave enough to take them on. What can you add or improve on "Catacomb Snatch"? 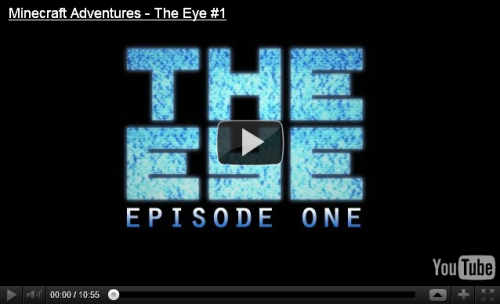 The Dead Worker's Party begins a new adventure this week, "The Eye"! What strange things await the entrepid trio? Can they solve the mystery of their amnesia? Will they ever get that minecart to work correctly? Give it a watch to find out!
Posts Quoted:
Reply
Clear All Quotes