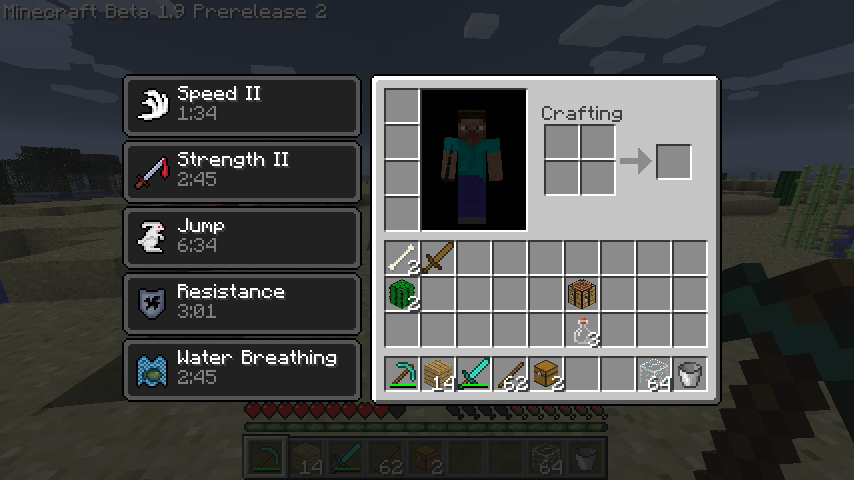 Jeb tweeted a new image recently, indicating some significant changes to the inventory - stats, possible bottles for potions and more! An earlier tweet seemed to support the potion theory, with a mention of a possible blindness potion. He seemed to indicate that the inventory/stat changes would not take effect in 1.9, however.

Already, we have seen a large shift in the way Survival Mode plays, with the inclusion of NPC villages, more expansive dungeons (including strongholds, and nether forts), a large number of new creatures and more. What will be added next? Keep an eye out for more updates!
Posts Quoted:
Reply
Clear All Quotes