Help Sign In/Register
Jeb recently mentioned that 1.8 will most likely not be released on September 8th, to allow time for more thorough testing and quality assurance. Still, there seems to be a careful optimism regarding the release date - while it may not be on the 8th, it will still likely be in the near future.

On a more positive note, the PNG file containing the new food and "experience" effects was released, take a look! 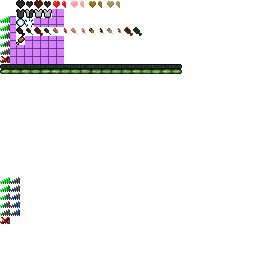