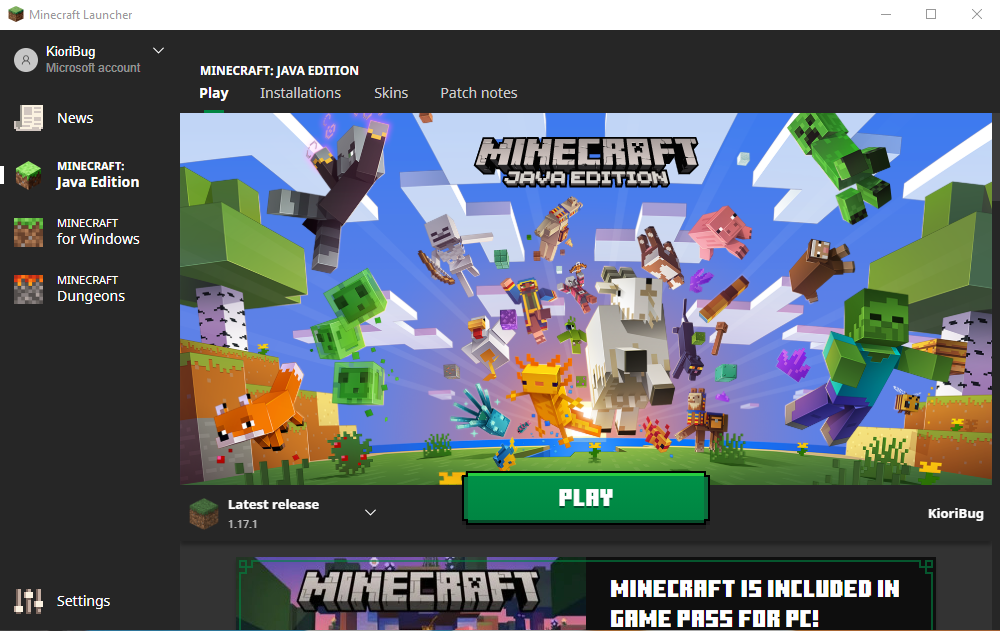 As most of you are probably aware, Minecraft for Windows 10 as well as Java Edition came out on Xbox's Game Pass.  If you don't know what that is it's Microsoft's monthly subscription to access their gaming catalog to play the games there unlimitedly (as long as you are subscribed that is).  While you don't need Xbox's Game Pass to play either version of Minecraft it is a great way to showcase the new launcher developed and released by Mojang Studios.

For those that have been around Minecraft for a few years, a new launcher isn't anything new.  Java Edition had its own launcher, Windows 10 you needed the Microsoft Store, and with the release of Minecraft Dungeons, you needed its launcher as well.  I don't know about you but having multiple launchers for many different games is annoying.  With this latest launcher, Java Edition, Windows 10, and Dungeons can all be launched from the same launcher as long as everything is tied to the same account.  You can still easily switch accounts but having everything on one account is always nicer for convenience's sake.

For those that haven't downloaded the new launcher just be aware that with all things new there happen to be bugs.  This one happens to be a particularly annoying one, so to avoid losing all your saved installations follow the instructions listed here: https://bugs.mojang.com/browse/MCL-19986

What are your thoughts on the new launcher?  Are you happy with it?  Things you'd like to change?  Let's discuss this in the comments below!