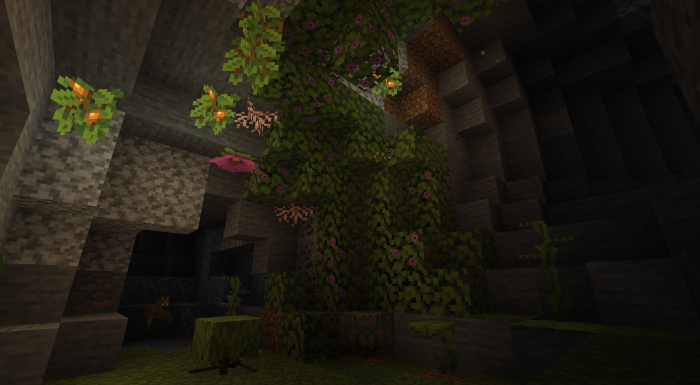 As someone who isn't extremely creative with house designs, I've always found myself living in caves for convenience and safety.  Today and yesterday's snapshots are starting to introduce features that will be coming with the new Lush Cave biome, and I have to say, the blocks are extremely pretty.  What was your favorite thing about this snapshot?  What are you waiting to see from the announcements?

Added the following game events that the Sculk Sensor reacts to, along with the corresponding frequency value: