Its been a while and we have two snapshots to catch up on.  I hope everyone is well and healthy and enjoying the new features and changes.  I don't know about you guys, but I'll be playing Pigstep in my house nonstop.  You should listen for yourself!

What's made of blackstone and full of Piglins and Hoglins? Bastion remnants! 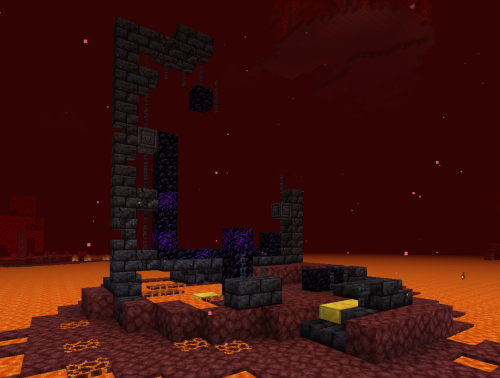 Shattered remains of ancient nether portals. Wonder who built them?​

It is now possible to monitor the server tick times though JMX.
The rationale for this is that JMX is a well known and supported monitoring technology with existing integrations and tools.

BlockStates in Sections elements no longer contain values stretching over multiple 64-bit fields. If number of bits per block is not power of two (i.e. single 64-bit value can't fill whole number of blockstates) some bits will not be used.

For example, if single block state takes 5 bits, highest 4 bits of every 64-bit field will be unused. That also means slight increase in storage size (in case of 5 bits, from 320 to 342 64-bit fields).

color property can now contain RGB value prefixed by #. For example #55ff55 will result in the same color as green.

Chat component style now supports font property, which is resource location for font in resource pack. No entry is equivalent to minecraft:default.