Hands down, one of the best parts about Minecraft is the creative builds it inspires. Here are five amazing creations that have caught our eye recently.

This MMORPG has been in the works for over four years, built by a team led by SaltedSalmon. The map on Wynncraft’s server is about 4,000 x 5,500 blocks long, and includes provinces like Wynn and Gavel and towns like the pictured steampunk Corkus City. The attention to detail is incredible, and there are apparently a ton of easter eggs and other fun things to explore if you check it out. 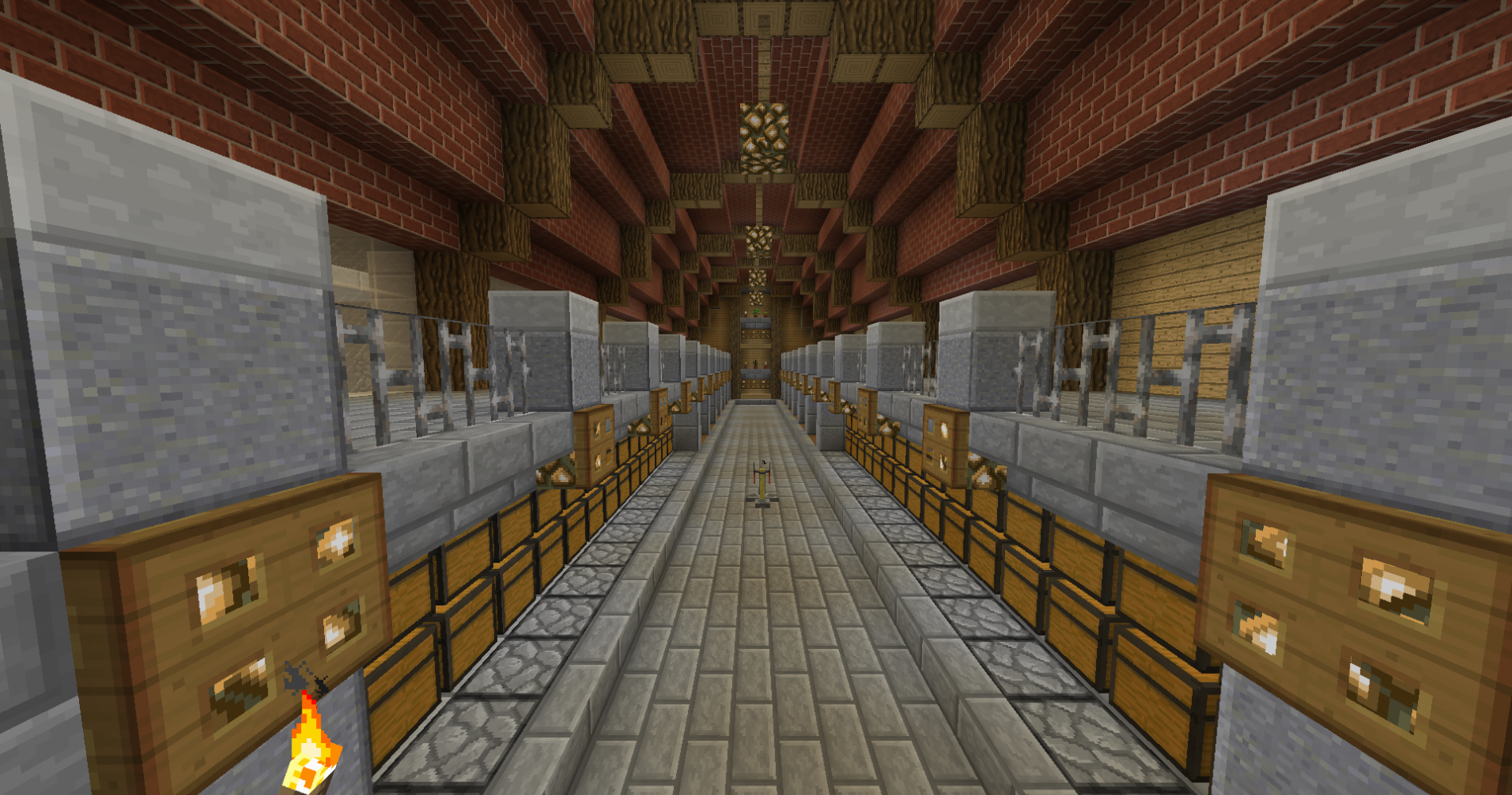 User ItsBradley has created this underground bunker, utilitarian in its rows of chests and practical design. There’s a beacon coming up from the floor in the middle of a large “S,” which provides a little visual interest, and the light from torches and glowstone throughout keep the space vibrant and welcoming. 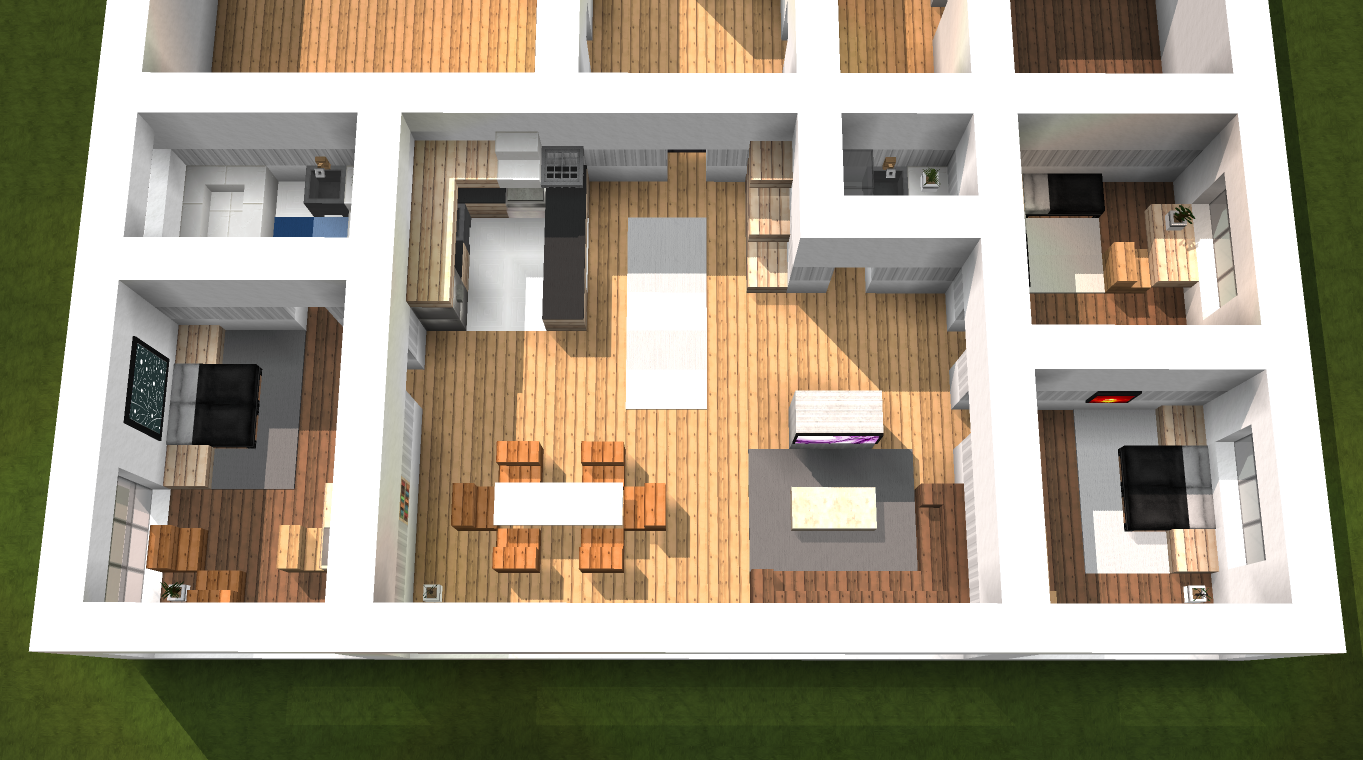 Even though it’s still a work in progress, this apartment building by djreples is too good not to share. Its sleek, minimalist design feels like something out of an HGTV show, and if you look closely, there are all kinds of details like the fireplace in one bedroom, the painting hung over a bed, and the appliances in the kitchen. Can’t wait to see how this one shapes up! 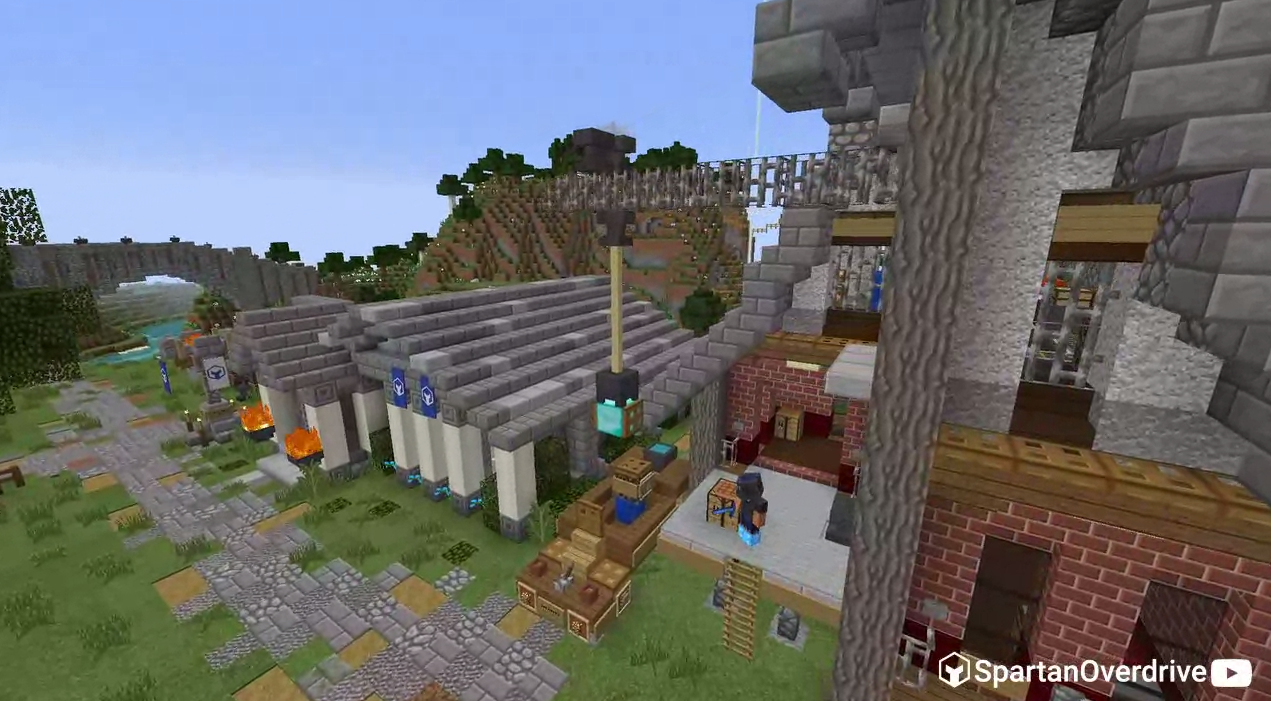 User SpartanOverdrive loves the feeling of an immersive Minecraft map, and used redstone to make this crane actually appear to move blocks. While it doesn’t actually work, the timing of the crane is so good that it seems realistic, thus adding to the feel of a construction site or a factory.  BCs300z built the machinist shop that acts as a setting for this crane, thus proving that builds can be even better when you work together.

If this Roman-inspired city doesn’t look impressive enough, user VespidWasp created this completely in Survival mode. That’s one reason why the buildings are made in sandstone rather than quartz, but the choice also helps this build to stand out from others. A bathhouse, coliseum, and amphitheatre are all planned, and VespidWasp has some creative ideas regarding mosaic tiling, as well, to add to the Roman feel.