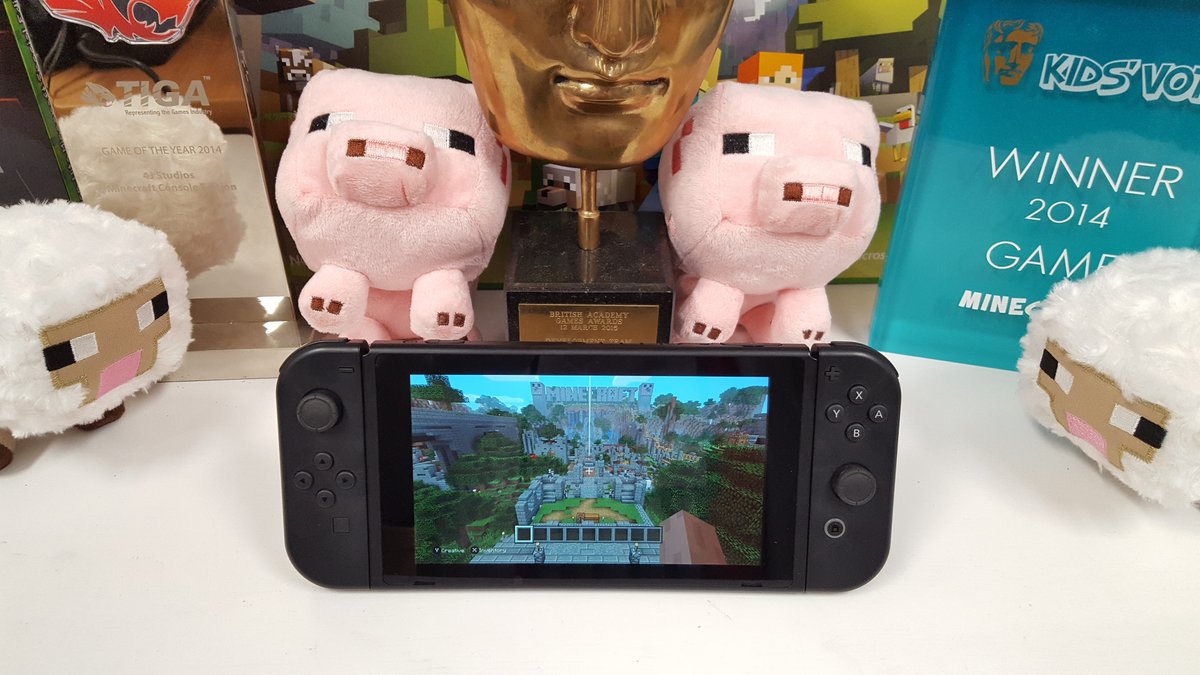 Shortly after the Nintendo Switch was revealed during a gaming conference, 4J Studios revealed that Minecraft would be joining the Switch, with its own edition!

Specific features to Switch Edition have not yet been revealed, nor a specified release date. It is expected that it will share many similarities to Minecraft: WiiU Edition.

Minecraft has a long and storied history with numerous gaming platforms, establishing itself as one of the most widely available games today. Whether console, desktop, or portable, there is definitely a way for everyone to play Minecraft!