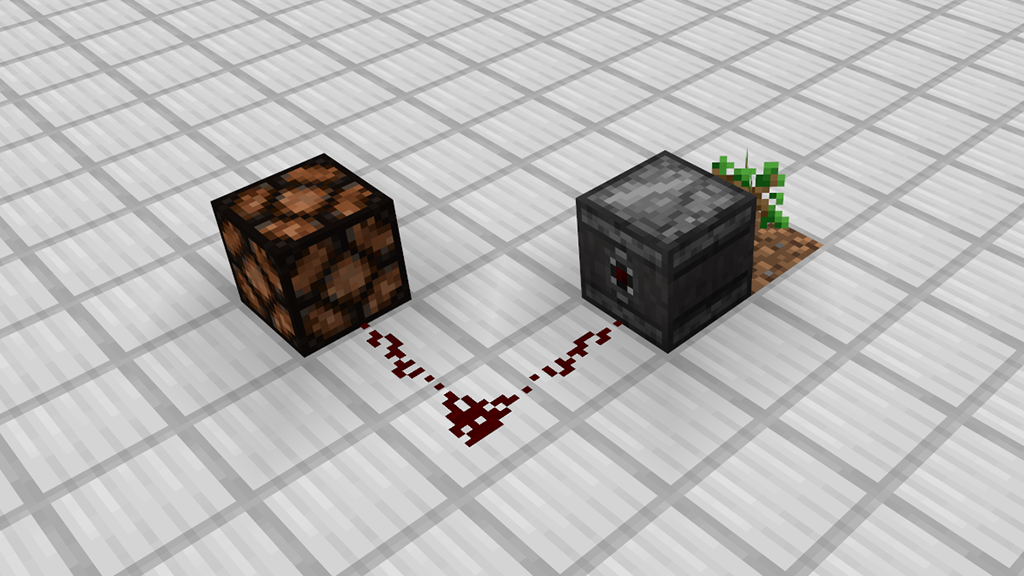 Minecraft has always carried a curious legacy of interesting glitches, and few places are as apparent with that as redstone. Everything from cardinal-direction placement to spawning obsidian straight out of redstone have been found over the years, and are usually patched out. One glitch in particular has always remained, however: a state known as "quasi-connectivity. 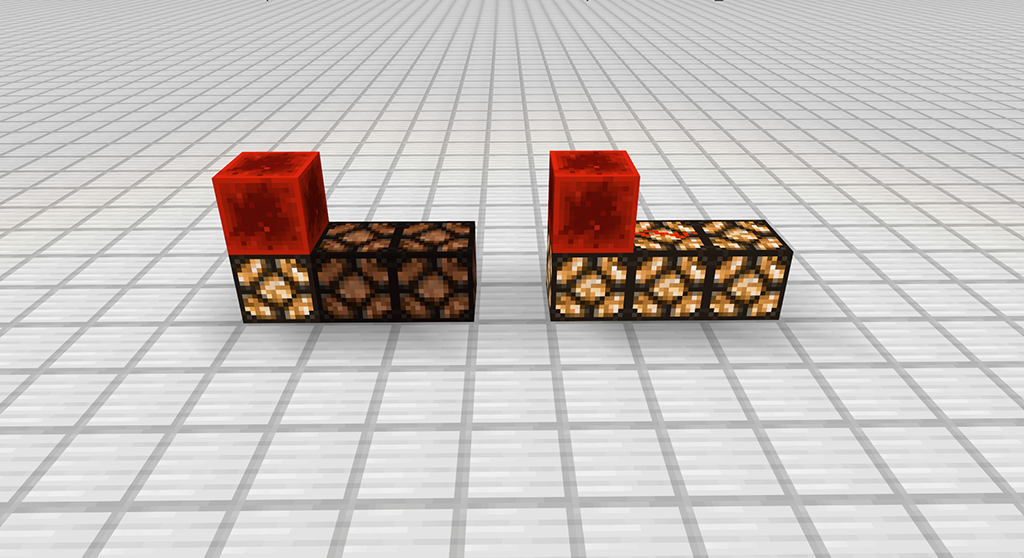 In the picture above are two setups for a redstone block, and some lamps. In the left setup, only the lamp directly contacting the redstone block is powered. There is no transmission of power beyond the first block. However, the right setup powers all of the lamps due to the placement of one line of redstone, which allows the signal to transmit both to blocks in contact with it, and a number of adjacent ones as well.

MCPE/Win10 developers seem enamored with this particular glitch; based as it is in Java, Pocket Edition players cannot use it. So, the developers are planning to include an actual block in Pocket Edition that would allow for similar setups, without depending on semi-reliable bugs to do so. Enter, the Observer block: it checks for changes in the environment and, if triggered, switches between emitting a strong signal and an unpowered state, but without relying on a bug to do so. Neat!