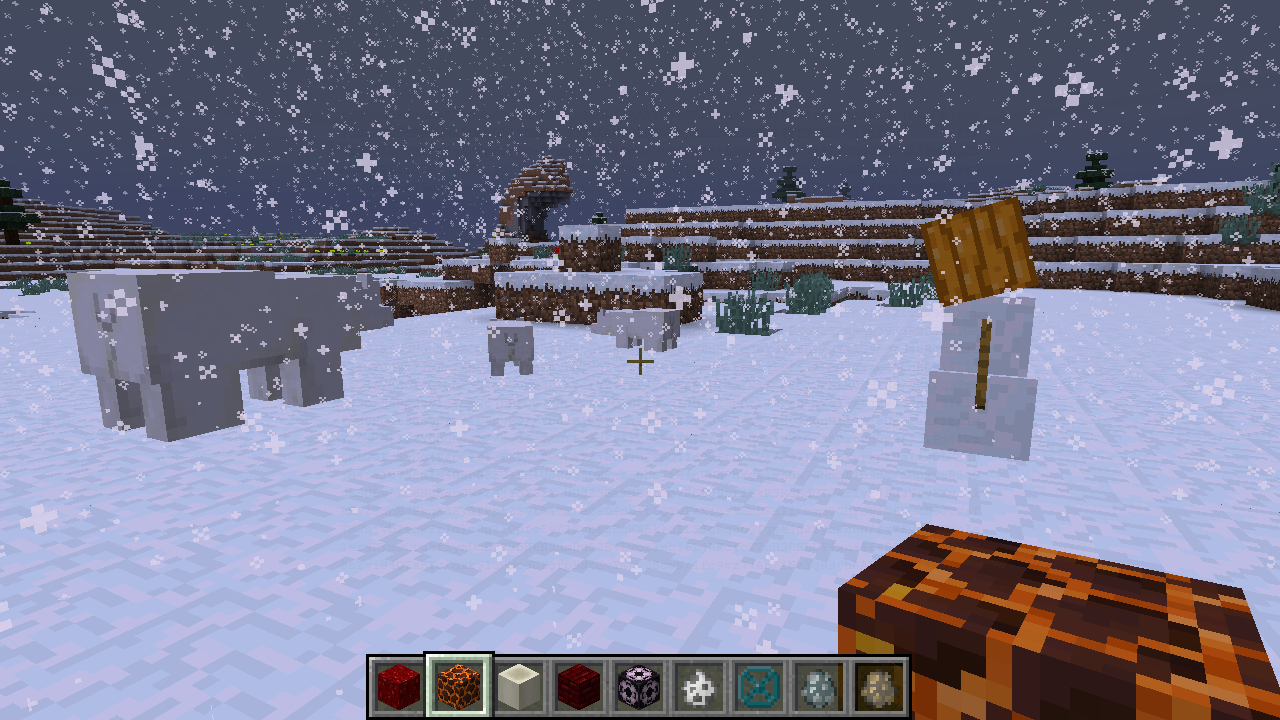 16w21b released not long ago, with a few more fixes added to the already impressive pile. All of this bug talk lately has me thinking - what would bugs (the insect-type bugs) be like in Minecraft? Other than silverfish, no bugs of note exist in the core game. There are dozens of mods that add bugs in their own way (there are some who get excited simply at the mention of bees), which begs the question: what insects would be neat to see in the core game?

It's a deceptively complex question. When considering bugs to add, we have to consider more than just how neat they are: what do they do? What impact do they have on the environment, if any? Friendly or hostile? If hostile, should they do significant damage? How big should they be?

Let's use an example: For this test, I want to add giant dragonflies to the game. How giant is "giant"? If we go on dragonflies that were common in the Jurassic era, one common variety had a wingspan of about 2 feet (60 centimeters). Steve is about 6'4" (just a hair shy of 2 meters) tall, which makes this insect about 1/3 his size. For a rough comparison, it should just about reach his knee, stretching vertically (head to tail) from the ground. We can assume the wingspan is about the same.

Dragonflies generally eat insects, so we know they are carnivores. While the above example likely won't eat Steve, it could still bite him, much as the silverfish do. Adding flight to that - the average flight speed of a dragonfly is about 10 mph (4.5m), with a higher max speed - means catching Steve unaware, even running, is a terrifying possibility. That takes care of whether it is passive or hostile, but what does it do?

So, if you could add one bug to the game, what would it be, and why?