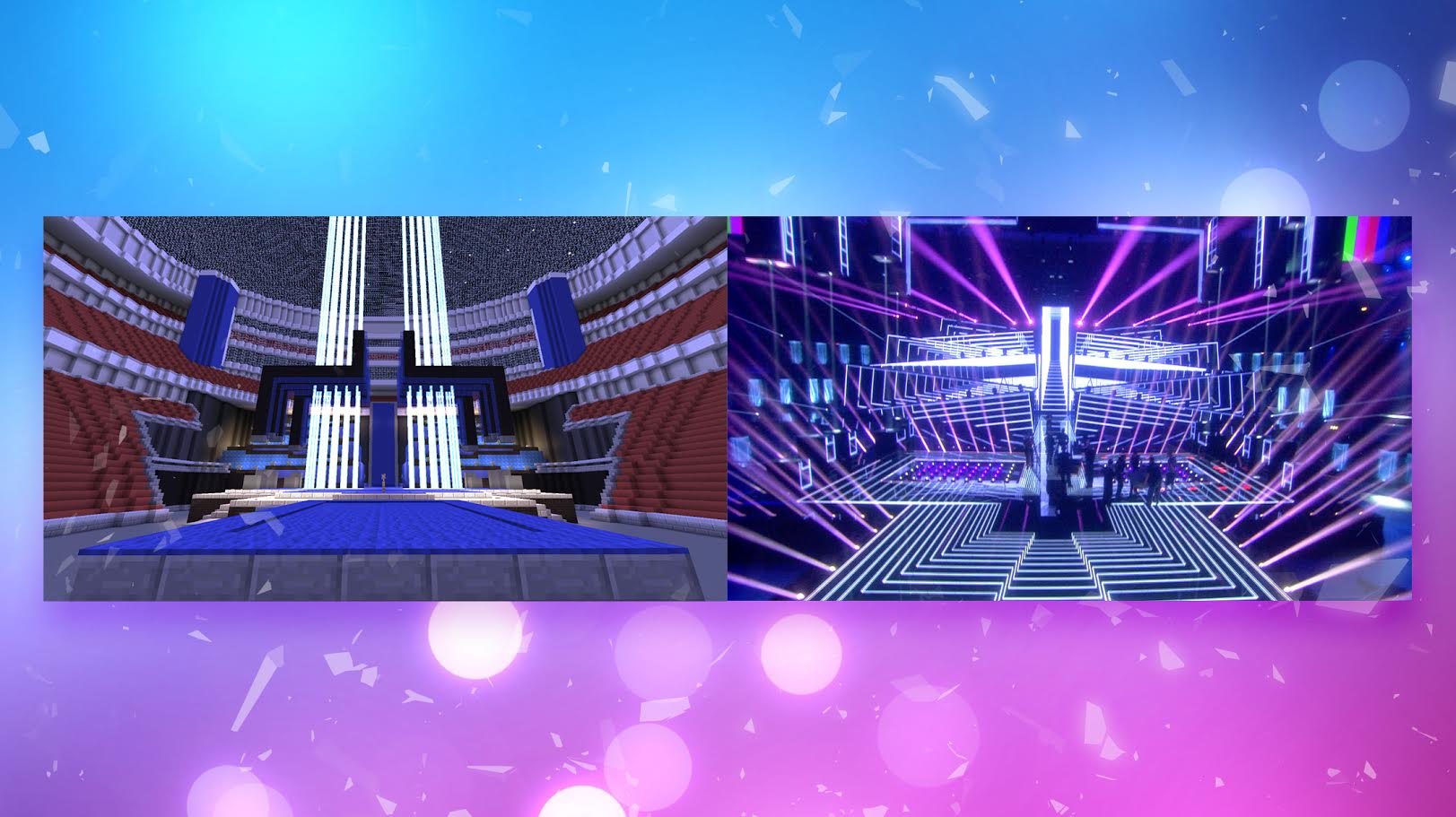 Eurovision might be over, but that doesn't mean the fun has to end! Why not host one of your own, using the same stage featured in the event? Mojang teamed up with FyreUK and SVT (a Swedish TV channel) to build the Eurovision stage in Minecraft for PC (the Java version), and it's pretty solid. Building it to-scale does lose some of the finer details (as does happen with large blocks and small items), but it's a strong approximation of the actual stage, and is more than enough to host some pretty killer shows!

To use the map, download and unzip the map file, then place the resulting folder in the Saves bit of your game directory. A quick way to find the game directory is to click Edit Profile then Open Game Directory from the launcher.