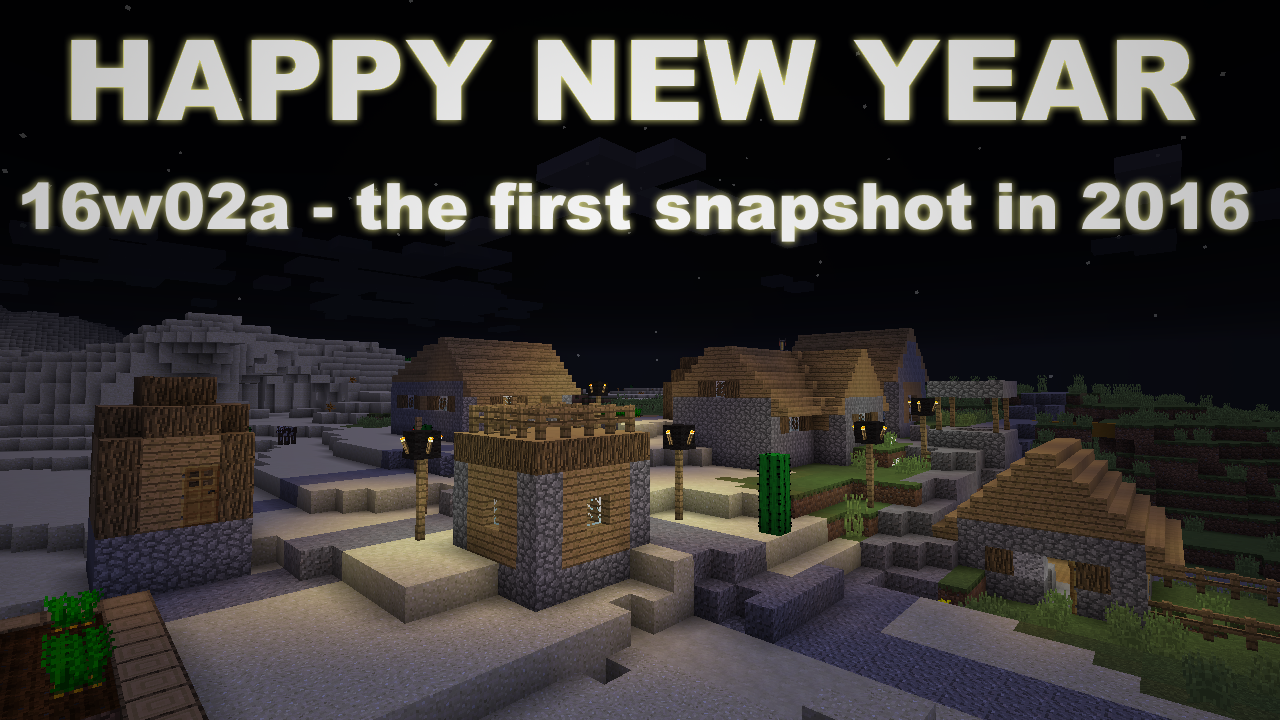 That's right, the first snapshot of the year is here! Yay! As with previous, recent snapshots, this one mainly focuses on cleaning up a host of bugs and problems, to prepare for 1.9. As unexciting as that might seem, it does point to something bigger; as a release version begins cleaning up all the various little hiccups and such introduced in previous snapshots instead of adding new features, it is generally a good sign that a full release is not too far away. Neat!

Please report any and all bugs you find in Minecraft to bugs.mojang.com. If nobody reports a bug, we start off the new year on the wrong foot!