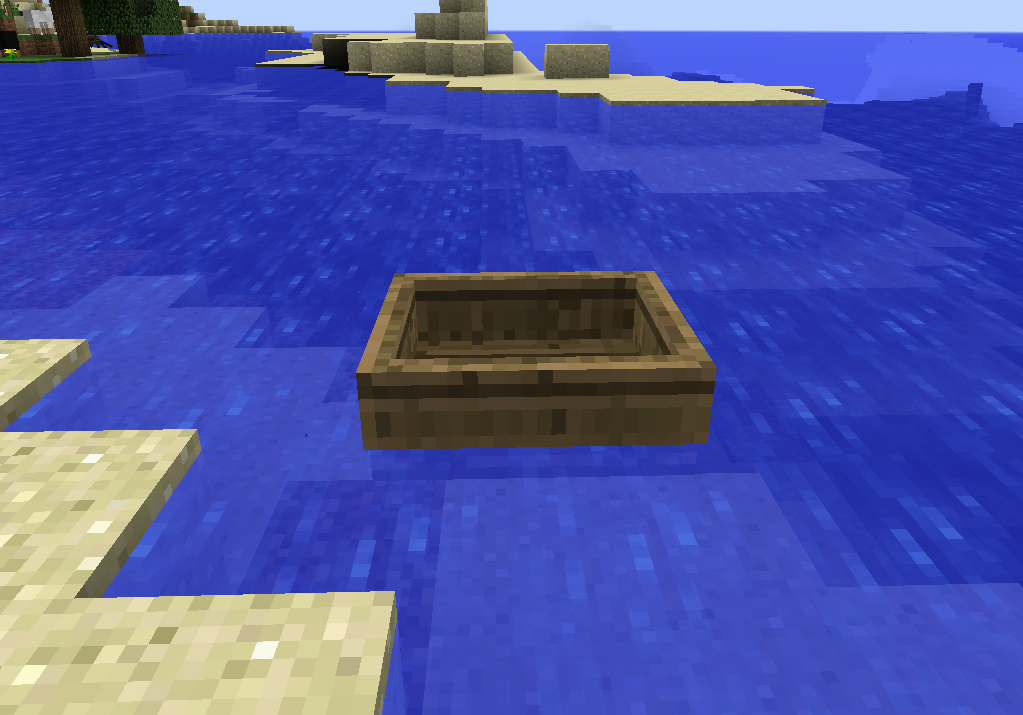 Boats. They have been a part of Minecraft since Alpha 1.0.2, but they have changed little since they were added to the desktop version. Pocket Edition has seen some variation, with oars and new wooden models, but functionally, boats are almost exactly how they have always been - fast, reasonably cheap to make, and almost irrationally flimsy. Hit the shore with your boat? It shatters. Hit a passing squid with your boat? It shatters. Sail within 500 meters of something in multiplayer? Shatters. At times, the noble and majestic boat is almost more trouble than it's worth.

Boats are exceptionally useful on the open ocean. Even dropping a 1x1 land-bridge as the player walks isn't as fast, and takes more resources. The trouble only really begins when it's time to make landfall. Other than soul sand (or a carefully positioned chest), boats cannot run into anything at any appreciable speed without exploding into parts. It is perhaps because of this that boats see very little use outside of niche applications in custom maps. This begs the question: what would be an ideal fix for boats?

Making them invincible is impractical, since nothing else in the game shares that property. While it would be nice to slam into the shore at 100 knots without consequence, it just doesn't fit the theme of the game. One suggestion included having boats use a durability rating, like tools, with a fixed amount of damage they can suffer before breaking, while being fixable with tools and materials. A somewhat simpler solution offered that boats simply have a higher durability, so they are not so fragile. Another possibility is having the boat drop itself, instead of wood and sticks, when it "breaks" on something.

There are many possibilities for making boats better, each with their ups and downs. If it were up to you, what would you change about boats?