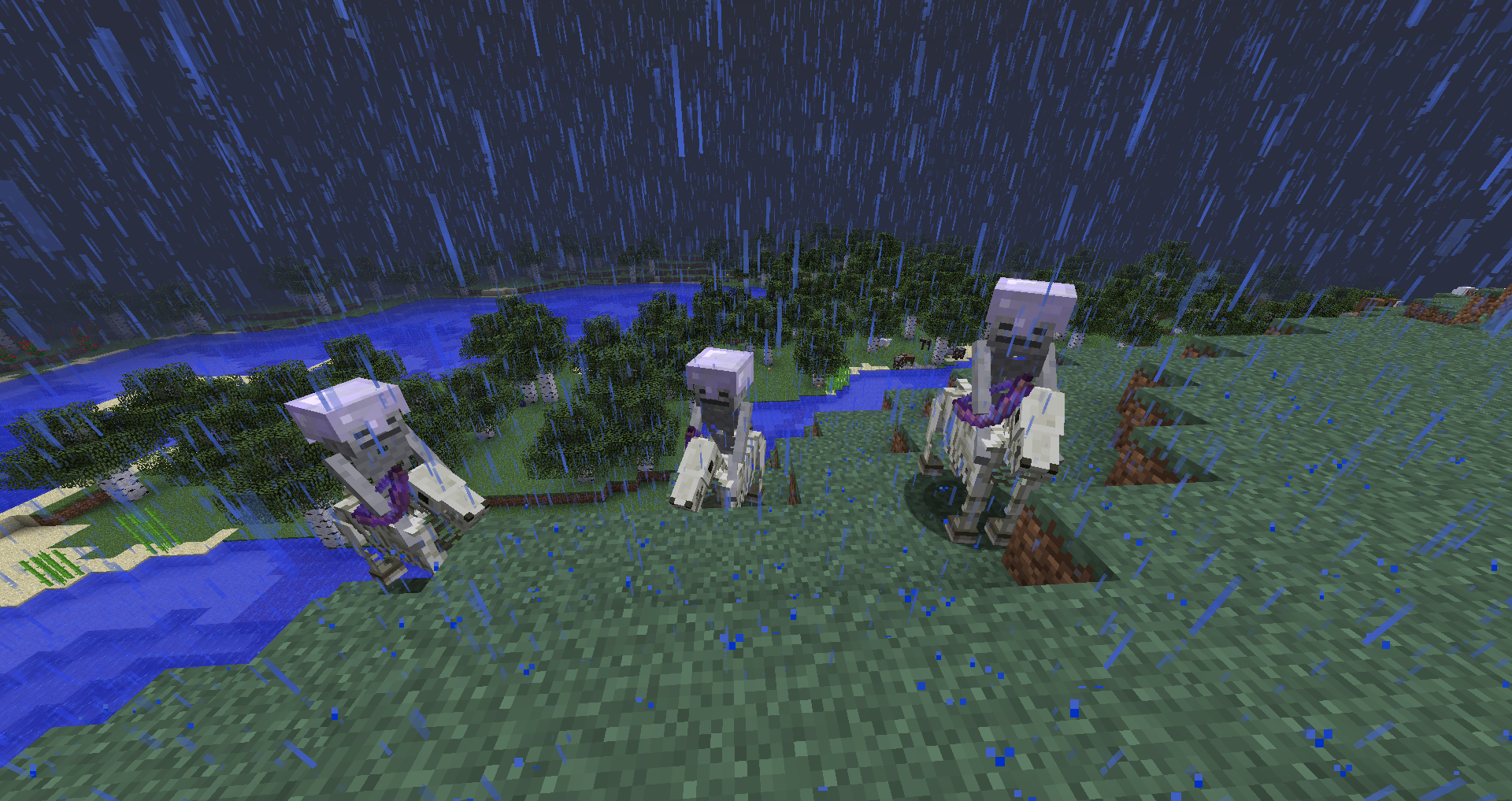 Today's snapshot focuses a bit more on mob combat than player combat! As seen above, skeletal riders are now a thing, and they are terrifying! As if it wasn't bad enough that skeletons use aimbots, now they can chase you on horseback too!

Report bugs here: Minecraft issue tracker! If no one reports any bugs, they will never be fixed. That would be a sad day, indeed!