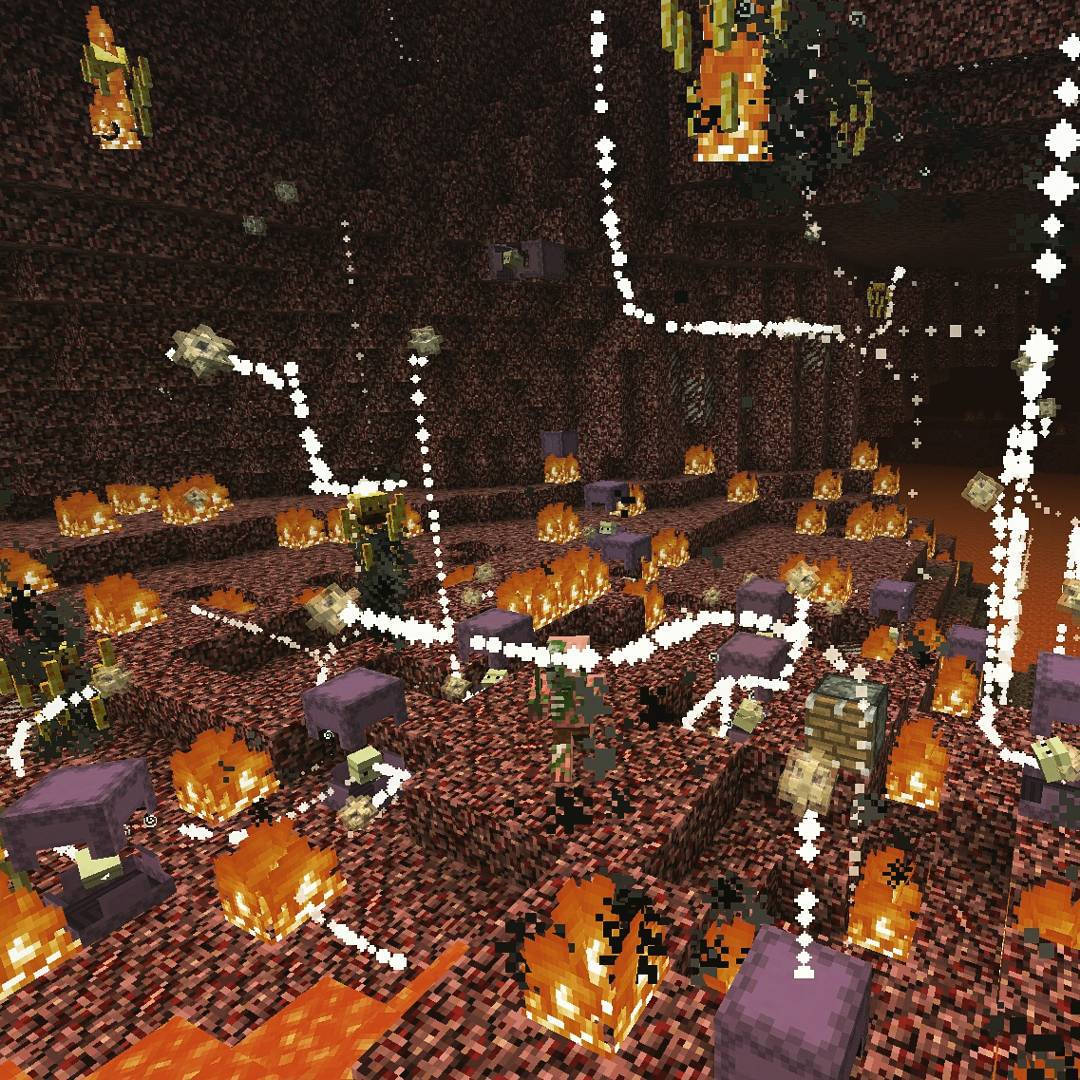 Jeb has been playing around with the new mob, the Shulker, and this picture is one of the results: turning a bunch of Shulkers loose on a group of Blazes. As you can see, it is pure chaos, a massive battle raging between the two monster groups. One particularly interesting thing is the Shulker's projectile - which will cause the target to levitate up into the air uncontrollably - is forcing Blazes upwards. Of course, Blazes can fly already, so when the effect wears off, they do not come crashing down to the ground, like a player would.

It is really awesome to see the End getting filled out a little better, with its own flora and fauna, structures, and overall environment going far beyond the simple island players arrive on through the End Portal. We have a pretty good idea of what to expect in the new End, but what other hidden gems lie waiting in the update? Would it be practical to try building a home in the End now? Do you think there will be an easy way to get to and from the new areas in the End?