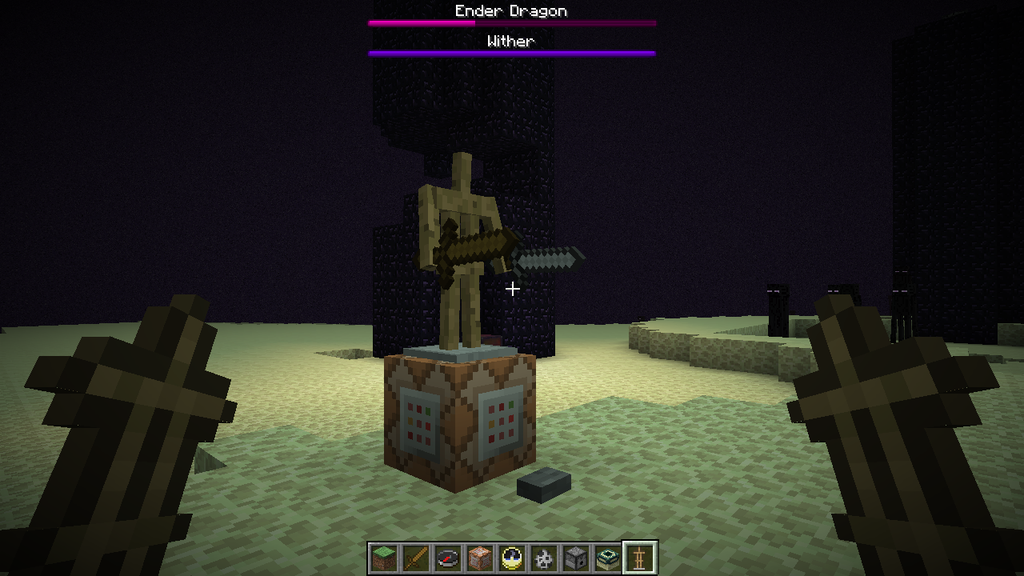 Searge recently revealed some new 1.9 screenshots, this time highlighting some of the peculiar new possible mechanics possible with dual-wielding items! It's been known for a little while now that 1.9 would give players the ability to hold more than one item, but these screenshots suggest it goes further than that, including using the new mechanics with armor stands, and other, stranger things...

Silly skeleton, swords and flowers are for people!

Off-hand rendering has obvious cosmetic uses, but what this could mean for redstone and command-block gurus is anyone's guess. Is it possible monsters will be able to hold more items, and use them? What happens if a skeleton gets his hands on a shield? Will zombies end up using exotic items? Can players force them to hold things like TNT, or potions? Only time will tell!

It is currently speculated that off-hand items can be used, except for weapons, which are restricted to the main hand. Amazing as that is, not much has been said about the frankly startling amount of features coming in 1.9, such as subtitles (for the hearing-impaired), quivers, new world-generated structures, a significant overhaul to entity models and animations (especially useful for mappers/modders), changes to how the player holds the map, changes to the cloud rendering system, the list goes on for quite awhile!

Minecon is a little over a week away, and it is believed that 1.9 will either be revealed in its entirety, or released, during the event. We will be covering everything related to Minecon and the 1.9 update, so check back often!