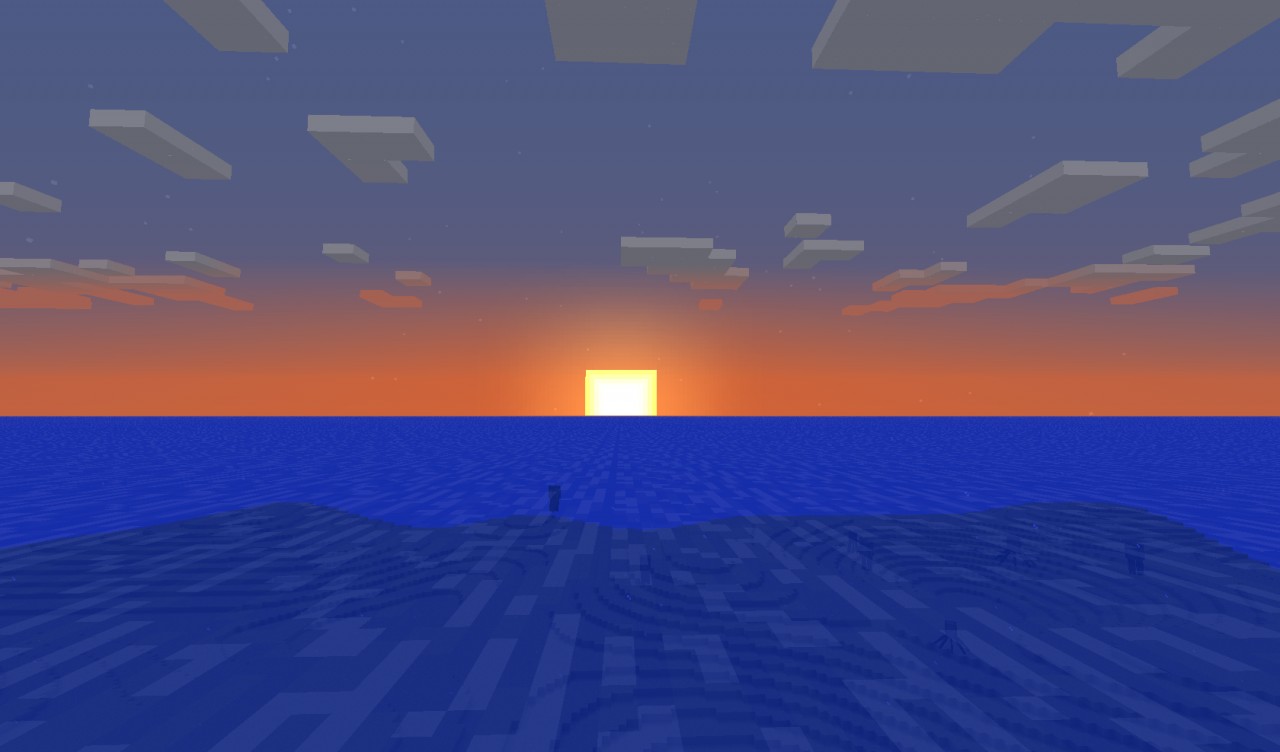 Ocean life: in the grand scheme of Minecraft, it's a fairly new thing. While squids were added in 2011 (1.2 beta), the oceans of this blocky world have been fairly low in the sea life department, barring the usual and unsettling guardians of underwater temples. Fishing can reveal the presence of other sea life - raw fish, salmon, pufferfish, clownfish, to name a few, plus whatever random treasures the line can reel up - but when not on the end of a hook, most of these fish are not present, hiding out of sight of the player. This gave rise to a new community question: why isn't there more sea life?

An equally valid question could be, "why should there be more sea life?" Whales, sharks, and other things could easily make their home in the vast, expansive oceans of the world, but not every water source is massive. Seeing a blue whale trying to survive in a tide pool on top of a mountain would be unsettling, if not hilarious. Seeing smaller fish, even the ones currently catchable, would certainly add some visible life to the water, but what would that do to the existing fishing mechanic? What would stop a player from just stabbing the fish with a diamond sword, or bow-hunting them?

That said, today's topic is a simple one, if tricky to answer: should there be more sea life, and if so (or if not), why? What would be some of the realistic complications of having more fish in the sea?