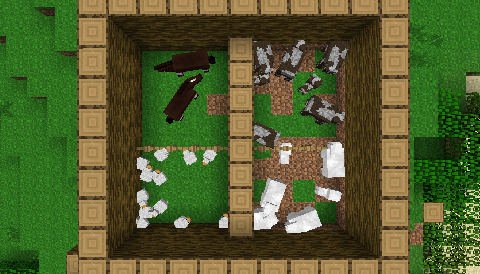 Some time ago in Turkey, the Ministry of Family and Social Policy called on Turkish authorities to ban Minecraft from the country, claiming that it encouraged children to resort to violence. This request has certainly sparked some interesting conversation, and even prompted Mojang to comment on the request:

Minecraft is enjoyed by many players in a wide variety of ways...many enjoy the creative freedom that’s presented by Minecraft and its tools, some are more interested by the opportunity to explore a landscape without boundaries and to go on exciting adventures with friends. We encourage players to cooperate in order to succeed, whether they’re building, exploring, or adventuring. The world of Minecraft can be a dangerous place: it’s inhabited by scary, genderless monsters that come out at night. It might be necessary to defend against them to survive. If people find this level of fantasy conflict upsetting, we would encourage them to play in Creative Mode, or to enable the Peaceful setting. Both of these options will prevent monsters from appearing in the world.

For a ban on Minecraft to take effect, a Turkish court would have to agree with the Family and Social Policy Ministry’s findings. If that occurs, they would likely block minecraft.net, which is required for customers to play the game. In general, Turkey isn't known for game bans; Minecraft would be seen as an exception, as it is considered to be made specifically and exclusively for children, according to the report.