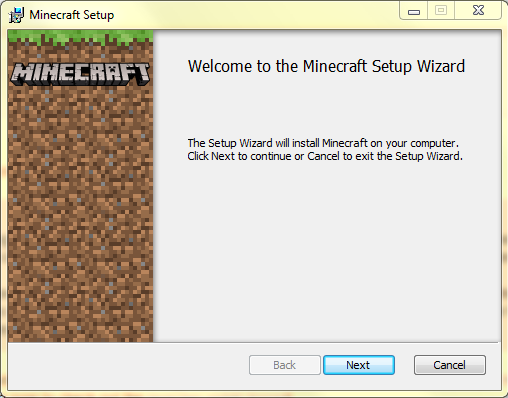 There have been some preliminary tests for a Windows-based Minecraft launcher, and you can help test it out! What exactly is this launcher? Dinnerbone explains:

Technically it's not a whole new launcher, it's just a native wrapping around what we have now. The ugly white loading screen at the start has gone, users no longer need to have Java installed (we'll maintain our own version of Java which we'll keep up to date and correct for your OS), and it should handle a whole bunch of failcases much better than before.

We will be creating this for both Windows and OSX, but we only have the Windows one for testing right now. We hope to get the OSX one for testing very early next year, which again will remove lots of current issues OSX users have getting the game (wrong java or no java). You'll notice I haven't said linux... we may or may not make a native one for linux later, we're just not sure if they need it. We're not dropping support for linux or anything crazy like that, they will still play fine as they do now.

A launcher without java dependencies is exciting indeed, eliminating many (if not all) java-based compatibility issues. Sweet!