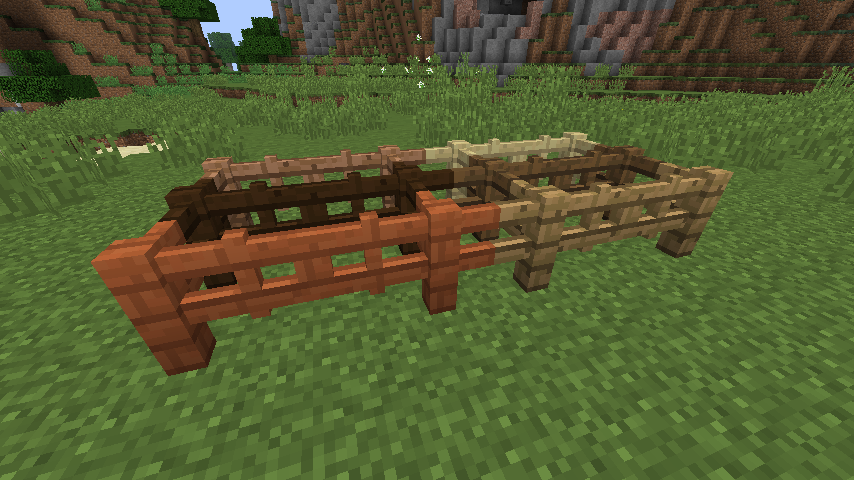 One thing we saw slipped into the 34b snapshot was the inclusion of new fences and gates, as mentioned by Grum!

There are more decorative options pouring in from the impending 1.8 update, I'm beside myself, making all sorts of plans for banner-covered, armor-stand-guarded castles, homes, and more! What kinds of things would you make with the new fence and gate options?

This week's snapshot is now 14w32d, fixing the following problems: