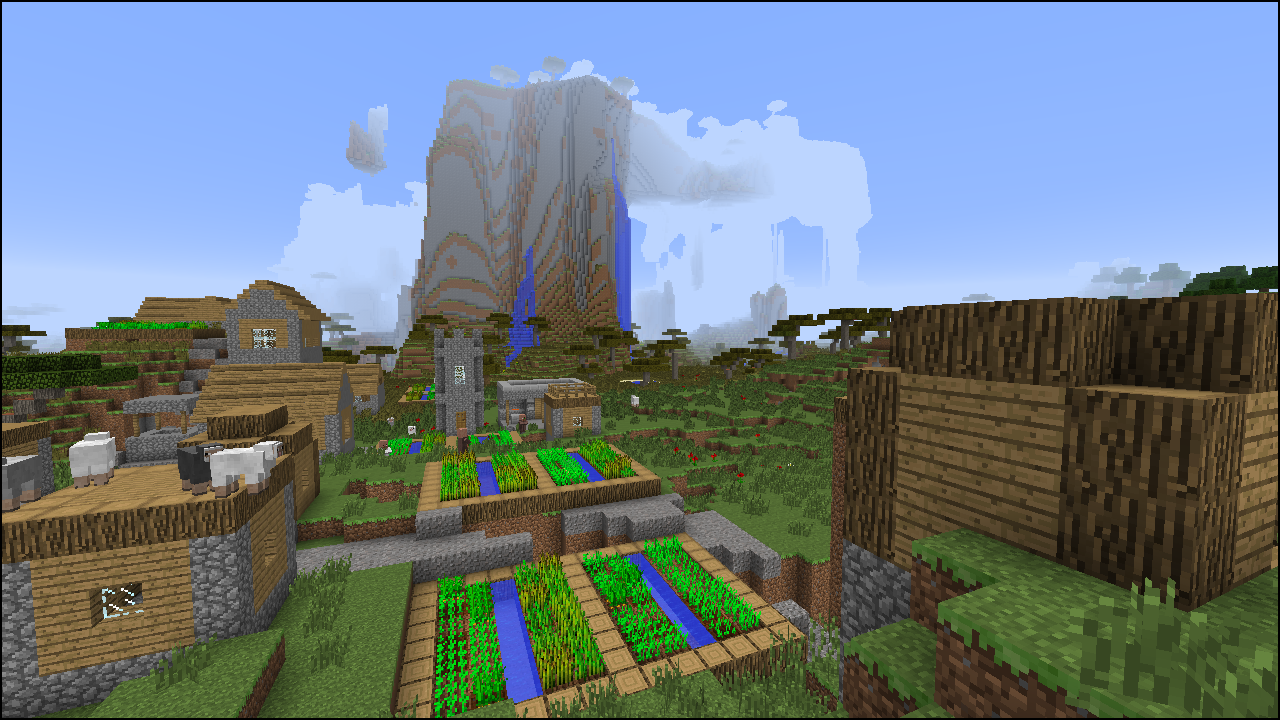 In the interests of science, I have begun documenting an experiment with a local village, unironically named "Village" by the locals.

At first, Village isn't much to look at, beyond the majestic mountains in the distance: houses, farms, the usual. Peaceful. Serene. Tranquil.

Upon arriving, I couldn't help but notice the villagers were life-threateningly stupid. At least 3 of them were trapped in a hole, with no apparent means of escape. Neither they, nor their safer brethren, seemed concerned by this. Coupled with their complete lack of defenses, I estimated their unassisted chances of survival lasting, at most, a few minutes.

Step one of the project was to erect a wall around Village, to save them from themselves. As much as seeing a spider carry one of these people off would have been amusing, it would have also tainted the experiment irrevocably. More than that, the wall kept them in, so they could not fall into any more holes. While no formal study was conducted, I strongly suspect that giving these villagers a glass of water would cause them to drown.

The wall, post-construction. A villager took interest in the camera, before attempting to eat it. He has been ear-tagged as "Walter".

Strangely, the villagers did not seem to notice or care about wall construction. This might suggest they have extremely poor eyesight, and likely no hearing at all. Alternately, they may have been ignoring the wall, since it was not edible. I have made a note to not construct walls out of ham, going forward.

The villagers' level of technology seems appalling at best. While they have a rudimentary grasp of basic construction principles, they lack any source of electricity, plumbing, bathing, and possess primitive agrarian techniques. Their social structure (if one can call it that) is pure chaos. There are no clear leaders, laborers, specialists, anything at all. While some of their clothing varies, their day-to-day tasks rarely change. If any interaction took place, it was in the form of cryptic conversations. At this time, it is unknown what their nasal utterances mean. 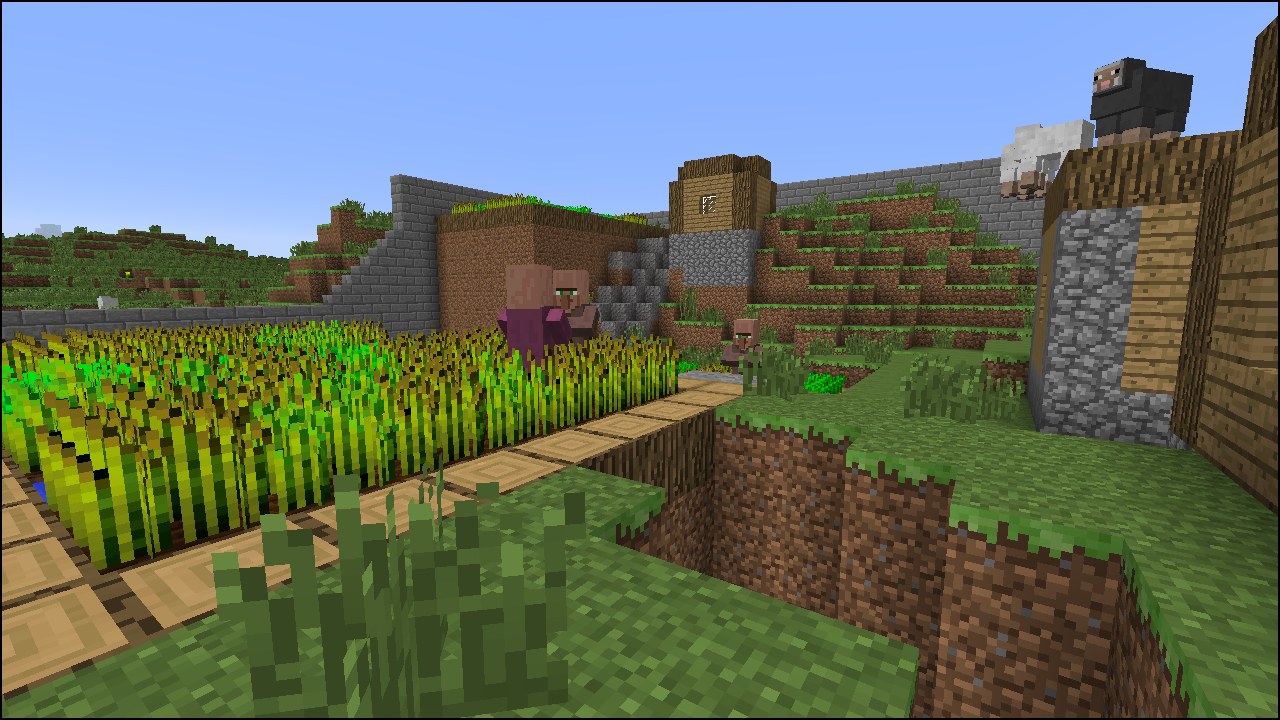 Here, we see two villagers (now ear-tagged "Marv" and "Pubert") talking, presumably about sorcery. Walter looks on with jealousy - he is rarely included in these conversations, it seems.

To assist them, I began construction of a new road system, to replace the slipshod gravel mess they were using before. Both for beautification reasons, and for instilling terror in the locals, I opted to use nether brick for this task. Unsurprisingly, this task is massively laborious and tedious, so I attempted to enlist the villagers' help, by building a statue of myself, for them to admire. Shortly after, they begun following orders. Sadly, orders often had to be repeated, and reinforced with the use of an Experimental Discipline Stick.

The statue serves as the town's new centerpiece, so they never forget who their benevolent experiment supervisor is. EVER.

This is an unprecedented opportunity both for myself, and for you, the reader. A fully intact village, preserved from monsters and the elements, existing solely to fulfill our experiments! Naturally, I wouldn't be documenting this experiment if I didn't want your input and expertise!

Please include below what experiments you feel would best suit this project, dear researchers. Anything goes, because this is for science! Want to test their combustibility? We can do that! Curious how they stand up to extreme pressure? Doable! Let's hear what experiment we should conduct for day 2!
Posts Quoted:
Reply
Clear All Quotes