About Me
I suppose you're here out of curiosity. Might as well satisfy that.

I have played Minecraft since 1.2.5, and I've been playing ever since. I love to tinker around with redstone and such, and also love playing around with mods. One modpack I have been obsessed with is Voltz.

Aside from Minecraft, I play lots of other video games. I've played the original Grand Theft Auto games, tried my hand at Portal, and when I'm currently spending all my time in Dota 2. I also love indie games, like Treasure Adventure Game. Classic games also have a place in my gamer heart, as I have played Beneath a Steel Sky and Dungeon Keeper.

In terms of music, I have no talent there. Any genre is OK with me, with the exception of country. I especially like music from the fifties, as well as current electronic music. My favorites include The Glitch Mob, The Ink Spots, Lindsey Stirling, and Frank Sinatra.

The Glitch Mob - Fly By Night Only Feat. Yaarohs

I guess that's it for me. PM me if you need to ask something, or just say "Hi!".


Meanwhile, have some Fhtagn Dazs, with extra chtocolate and sanity loss! 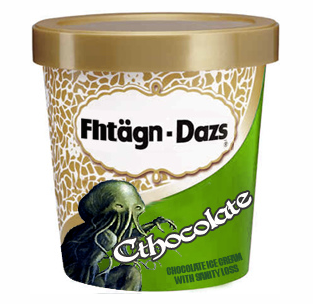 P.S. Although I'm 14, I'm no spoiled brat. Living in a third-world country in a middle-class family has taught a lot of things about the world.
Interests
Minecraft, Music, Debate, Redstone Tinkering, Steampunk, Writing.
Location the Philippines